A breakthrough in Zambia's Kafue

Wilderness Safaris has been present on the Busanga Plains situated in the northern sector of Kafue National Park since 2006. This part of the Kafue is home to a staggering 24 ungulate or hoofed mammal species from the diminutive blue duiker up to the buffalo at the heavier end of the spectrum. By contrast, the best game viewing areas of the Okavango or Hwange have around 17 or 18 species. In the last 12 years Wilderness have been operating in this sector, they have seen the area resurge due to a frontier ecotourism presence generating revenue for the park’s operational budget and serving as a catalyst for a variety of conservation and community projects.

A recent aerial survey (October 2017, ten years after their first) revealed significant growth in the populations of a variety of species occupying the different habitat zones.

Among the woodland species the Lichtenstein’s hartebeest has increased by 78%, among the dryland species the Blue Wildebeest has grown by 113% and for the wetland species, the population of Red Lechwe has increased by a massive 487% since 2007. Poaching in this area of Zambia used to be rife, so this news is a real breakthrough. In the past 10 years the population of elephants in the Kafue has increased by 3%, meaning it is now home to the second largest population in Zambia with more than 8000 individuals in the park. Whilst 3% might not sound a lot, in other parts of Africa, numbers are dipping rapidly. This is partly due to the great work from the staff at the Elephant Orphanage Project, which was established back in 2007. With a growing number of orphaned elephants that need to be rescued, the Elephant Orphanage Project has expanded to run two facilities. The Elephant Nursery – 12km south of Lusaka - where the youngest elephants are cared for, and the Kafue Release Facility, located in the Southern Kafue National Park, on the banks of Itezhi Tezhi Lake, where they are more independent of human support and spend most of their time browsing freely in the park. 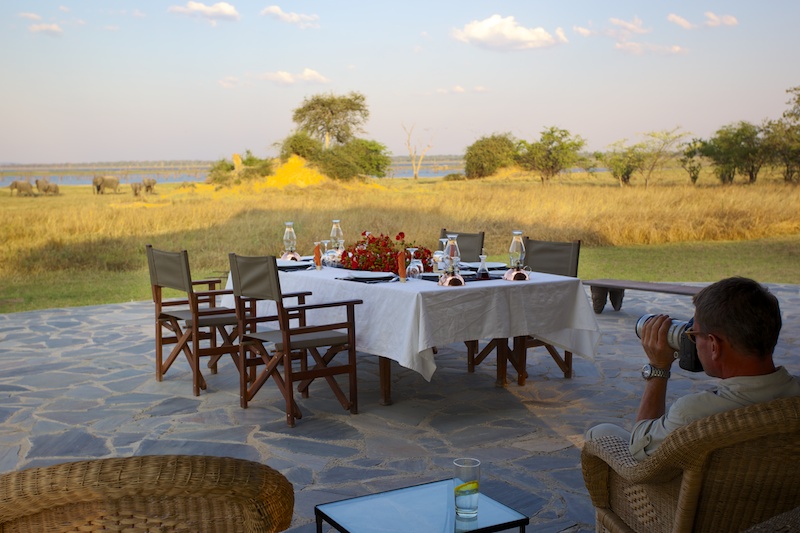 FURTHER INFORMATION Wilderness Safaris is Africa’s leading authentic and sustainable eco-tourism company operating in eight African countries. Inspired by the wild and untamed nature of Zambia, its luxury eco-camps are located in some of the most spectacular wilderness areas of this country. Zambia is vast and largely unexplored but truly rewarding as a wilderness destination. The goal is to share these wild areas with guests, while also helping to ensure the future protection of Africa’s spectacular bio-diversity.

Deep in the wild heart of Southern Kafue, Konkamoya is the only lodge on the Itezhi Tezhi Lake, the obvious gateway between Victoria Falls and Central Kafue/Busanga Plains, easily packaged whether you are coming from Lusaka or Livingstone. With no surrounding fence, Konkamoya blends seamlessly into the surrounding bush and can accommodate a maximum of just eight guests at any one time.