Elephants in fight for survival in Selous, Tanzania

For the safari connoisseur, Selous Game Reserve offers an exclusive, authentic and personal wildlife experience in Southern Tanzania. What’s also apparent is the conservation work being undertaken by the Tanzanian government in collaboration with WWF to protect elephants against poaching.

'Poachers kill between 20,000 and 30,000 African elephants each year for their tusks, primarily to satisfy the demand for ivory products in Asia. Anti-poaching efforts, like this collaring, are critical to elephant conservation, but only when we stop consumer demand for ivory will we ensure a future for these majestic species.'  WWF

As a result, 60 elephants are being monitored thanks to satellite collars for better protection against poaching in Selous Game Reserve. Which is an ambitious undertaking as its Tanzania's largest ever elephant collaring effort.

Once an elephant stronghold whereby 100,000 elephants occupied the game reserve, the poaching of elephants for ivory has decimated the population in Selous drastically. In less than 40 years, elephant numbers in Selous have plunged by 90 percent to only around 15,200 today.

Helping rangers guard the remaining elephants from poaching is an essential step in rebuilding the population. Satellite collars allow rangers to identify and respond to threats in real-time through mobile devices. Data collected through these collars also helps predict where the animals are moving in order to anticipate any dangers they may encounter. This includes alerting neighbouring communities when the animals are heading towards their homes to reduce human-wildlife conflict.

The efforts so far can be seen for themselves with many elephant families showing signs of good recovery with up to 10 calves found in one particular elephant family. An aerial wildlife census in the Selous-Mikumi ecosystem that was conducted in October - November 2018, targeting large mammals like elephants and buffalo is set to be released over the next coming weeks, which will provide further insights into how this protection programme is helping to strengthen elephant numbers. 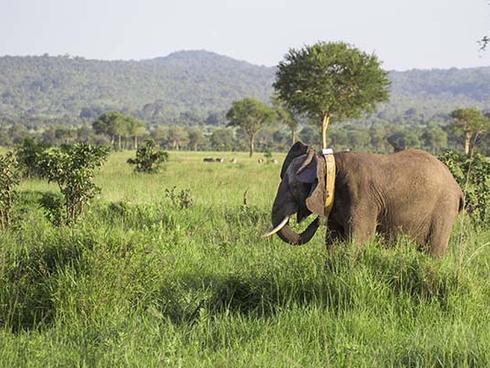 "The collaring of elephants in Selous is critical to better protect them from poachers and retaliatory killings by communities because of human elephant conflict. In a landscape of this magnitude, we need this kind of technology to better understand elephant movements," said Bas Huijbregts, African species manager, WWF

For those wanting to experience Selous for themselves, the game reserve is incredibly diverse and the range of activities include game drives, walking safaris, boat safaris and cultural experiences. With an intimate safari almost guaranteed as, although Selous is the oldest and largest wildlife reserve in Africa, its remote location in southern Tanzania makes it also Africa’s least-visited reserve. 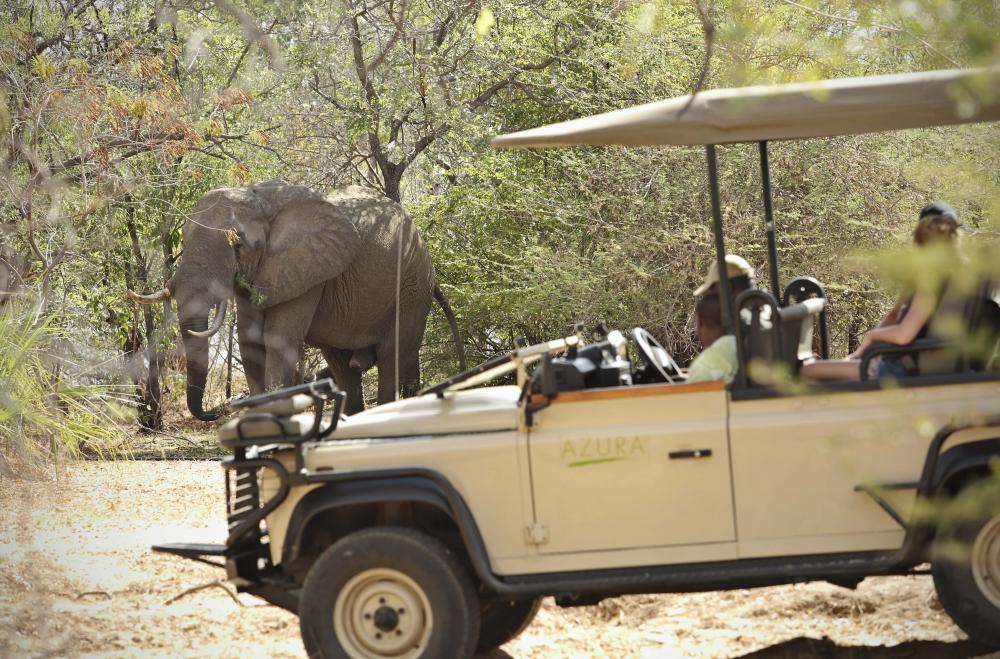 The Northern section of Selous is home to a network of channels and lagoons that run off the Rufiji River that flows west to east through the northern section of the park and, in the dry season, it becomes a mecca for all types of game looking to replenish water supplies. Game viewing is both rewarding and variable, viewing activities are available by boat, vehicle and walking. Unusually for Tanzania in Selous Game Reserve guides are allowed to off-road drive, making it easier to get closer to wildlife than ever before.