Uganda Tourism in conjunction with UK- based conservation charity, Explorers against Extinction (EAE) are pleased to announce that it will be supporting the work of Giraffe Conservation Foundation (GCF) in Uganda through its 2019 initiatives.

These funds will aid the translocation of the critically endangered Nubian Giraffe from Murchison Falls to picturesque Pian Upe in the North East of Uganda.  Working closely with the Uganda Wildlife Authority, the GCF plan ro move around 15 Nubian Giraffe to Pian Upe, to establish a viable, free-ranging population.  Plan Upe is the second largest protected conservation area in Uganda, after Murchison Falls.  Giraffe were wiped out in the 1990's, but the ambition is to restore the reserve.

Based of the rate of decline, estimated at 95% in the last three decades, Nubian giraffe were for the first time added to the IUCN Red List and listed at Critically Endangered.

Nubian Giraffe are genetically identical to Rothschild's Giraffe and are a subspecies of the Northern Giraffe, one of four giraffe species found in Africa.  At present, fewer than 200 Nubian Giraffe occur in Western Ethiopia, 450 in eastern South Sudan, 800 in Kenya and more than 1,550 in Uganda.  The Nubian giraffe can be easily identified by having no markings on its lower legs.

Moving giraffes is a complicated and costly process involving large teams of rangers, veterinarians, drives and researchers and takes many months to plan and execute.  Its costs in the region of $6,700 to move a single giraffe.  In the past GCF and UWA have successfully translocated giraffe to Murchison Falls, Kidepo and Lake Mburo in Uganda.  As a result, a significant increase has been seen in the population, as well as it boosting wildlife tourism.

EAE Trustee Sara White says "Giraffe are unique, much loved and I cannot imagine an African landscape without them.  GCF is the only NGO in the world that concentrates solely on the conservation and management of giraffe.  We are proud to partner with them on this project.  We aim to cover the cost of moving a pair of Nubian Giraffe to Pian Upe while also raising significant awareness about the threats facing these icon species. 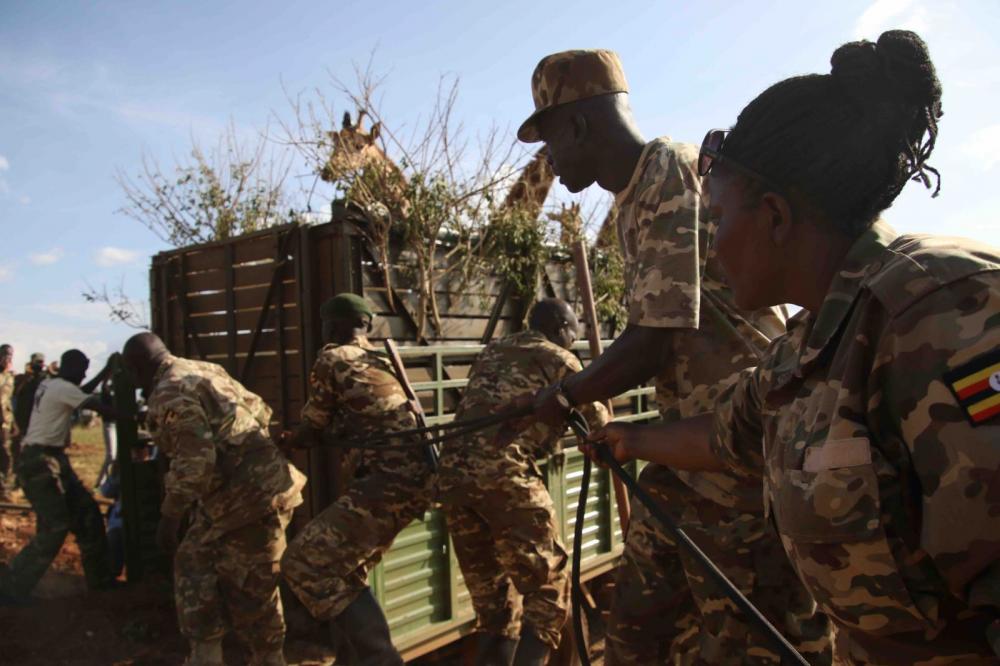 EAE's efforts will be supported by Tourism Uganda UK through a series of events and exhibitions this Autumn. This includes the charity's hugely popular annual touring wildlife art exhibition, Sketch for Survival which runs September to November at various venues across the UK.  The exhibition features the work of award-winning professional and celebrity artists, all united by a desire to make a stand against extinction.

A photography exhibition, Focus for Survival, is a new addition to the tour and includes the images of professional conservation photographers including Will Burrard Lucas, Andy Rouse, Peter Chadwick and Robin Moore who has donated a striking image featuring seven Nubian giraffe. 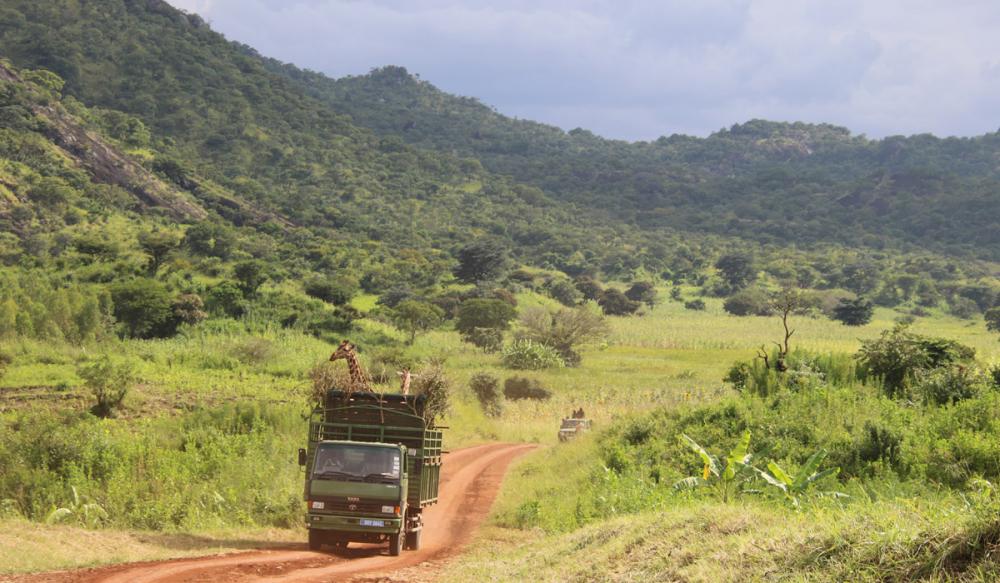