Dr. Gladys Kalema-Zikusoka - a passionate conservationist and primate expert - has been presented with the EarthCare award from the Sierra Club. Better known as the Gorilla Doctor, Uganda-born Dr. Gladys is famous for her work with the endangered mountain gorillas of East Africa, where she works as a pioneering veterinarian.

The Sierra Club Awards, held in Denver, Colorado, recognize public servants, academicians, journalists, organisations and individuals that have made outstanding contributions to protecting the environment.

In 2003, Dr. Gladys Kalema Zikusoka started Conservation Through Public Health (CTPH), an NGO that promotes co-existence among people and animals. With half a decade of experience in dealing with wildlife, Dr. Kalema-Kizusoka had learnt that animals, especially gorillas (which share 98% of DNA with human beings)re, were increasingly getting exposed to danger, having gone through two traumatic periods of scabies outbreak: in 1996 and between 2001 and 2002. CTPH was started to offset such tragedies. CTPH relies heavily on donations and grants. However, in a bid to raise more funds to guarantee a positive future for the mountain gorillas in the mist-shrouded hills of southwest Uganda, Dr. Gladys and her team launched the Gorilla Conservation Coffee Project in 2015. 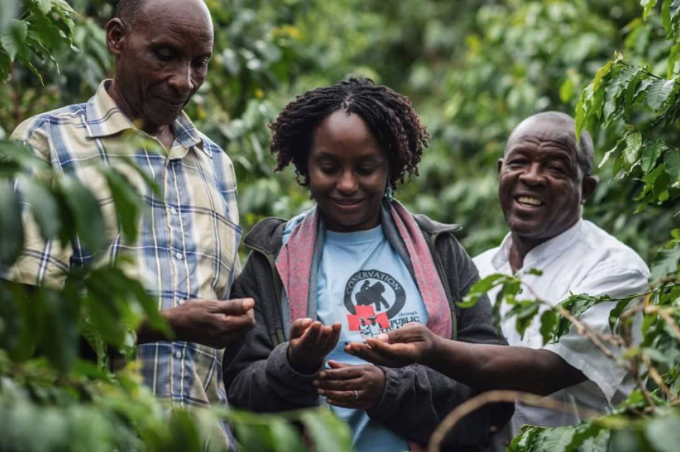 Her work in the past 23 years has seen her projects scoop multiple awards and gain recognition from powerful organisations including the World Economic Forum, Whitley Awards, International Scientific Seed Magazine, World Summit Award, Conde Nast Traveler Magazine and Wings World Quest Women of Discovery Humanitarian Award. She becomes the second African, and first ever Ugandan, to win the EarthCare Award award after Wangarĩ Muta Maathai, a Kenyan environmental political activist and Nobel laureate, who was recognised in 1991. So its a huge congratulations to Dr.Gladys. For more on Conservation Through Public Health click here: http://www.ctph.org