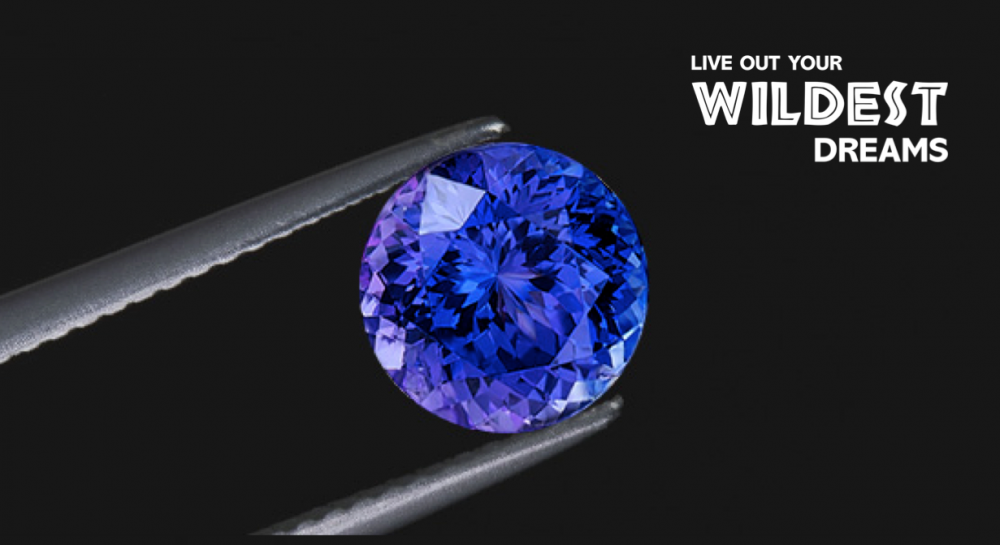 Found only in Tanzania, this beautiful precious gemstone was created over 585 million years ago through tectonic plate activity and intense heat that also created the iconic Mount Kilimanjaro. Only discovered in 1967 by Maasai tribesmen, it soon caught the attention of Tiffany & Co. who named the stone Tanzanite after its country of origin, officially launching it to the world in 1968.

Tanzanite was described as the most beautiful gemstone discovered for over 2,000 years.  It is 1,000 times rarer than diamonds and there were time when you could only find it in two places in the world - Tanzania and Tiffany’s.

Tanzanite is a trichroic stone, meaning that in its natural state, it exudes three different colours from three different axes. Blue, violet and burgundy radiate from the rough stone, although once it has been gently heated the burgundy recedes and you are left with a stunning blue-violet hue. A rough piece of Tanzanite on average only yields 25% of usable material. First, the stones are mounted and the facets are cut and polished using a highly-symmetrical pattern. With precise control the facets are then ground, sanded and polished on a rotating lap containing ground diamond, while water acts as a coolant. 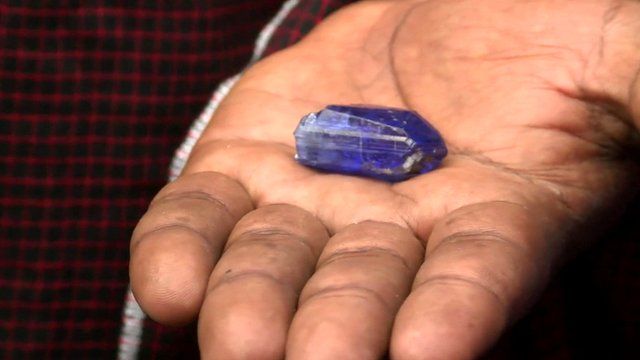 Blue is considered a sacred colour in Maasai culture and after their wives had given birth, chiefs would traditionally gift them blue robes and beads to bless the life of the new child. Legend has it that the Maasai discovered Tanzanite when a grass fire had turned brown-grey stones into bright blue gems. Since this discovery, Maasai tradition has changed so that Tanzanite is now given to new mothers.

This tradition has now spread into Western culture with Tanzanite becoming a favourite to gift mothers on the birth of their newborn child.  It has also joined Zircon, Topaz and Turquoise as the birthstone of December. Tanzanite can be found in shops in the main cities of Tanzania, as well as museums which detail the history and formation of this unique gemstone. Experts still insist there’s only a million to one chance it will be found anywhere else on the planet."