Sometimes you don’t want to wake up at the crack of dawn and lumber yourself into a safari vehicle to get the best of the action. Sometimes you want to wake up naturally to the sounds of the African bush and still not miss out. Zambia’s raw wilderness invites an abundance of wildlife to its national parks and these lodges have perfectly adapted themselves.

Spend a leisurely day in camp and let the action come to you. 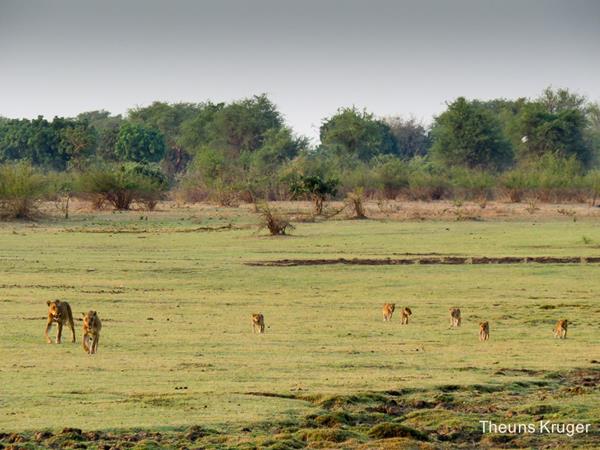 Imagine seeing this large pride edging closer and closer to your lodge! Kafunta’s spacious wooden deck overlooks an expansive, game rich flood plain sitting just before the Luangwa River so it’s possible to see an abundance of wildlife without having to move a muscle. A few months ago guests got a sighting to rival any game drive - a pride of lions drinking at the water hole right in front of the lodge. Kafunta also has its own Hide located under the main deck, perfect for observing spontaneous camp guests.

Just a stone’s throw away from both camps, Shenton Safaris’ network of hides offers guests an exceptional in-camp game viewing experience. Set up in prime viewing locations, the hides are expertly placed and designed to cause very little impact and interference to the wildlife. From Wild Dog and Elephant hides to Carmine Bee Eater, sit back and let nature come to you. 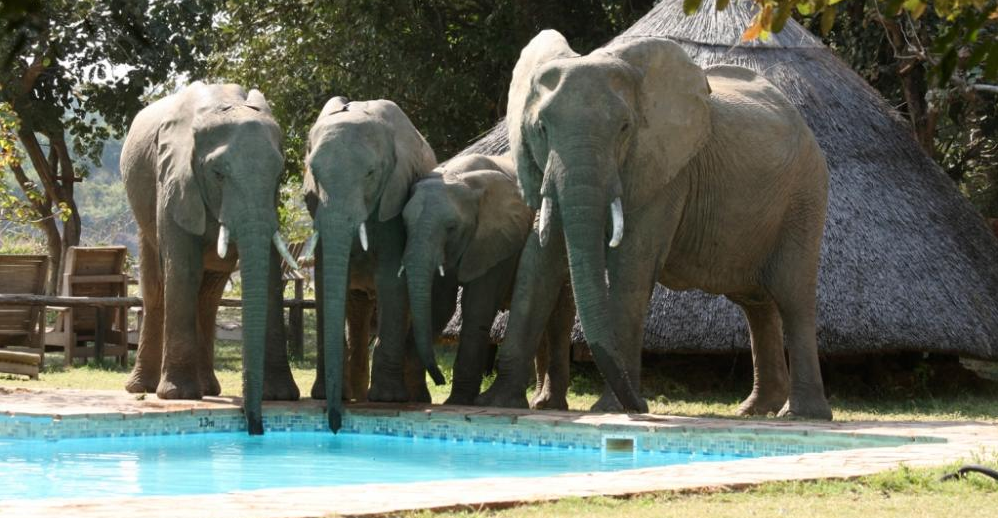 Flatdogs Camp sits right on the border of South Luangwa where there are no fences therefore game is always around camp. Regular visitors include elephants, impala, puku, bushbuck, hippo and giraffe as well as an abundance of bird life. Some animals seem to have adapted to camp life a little too well… 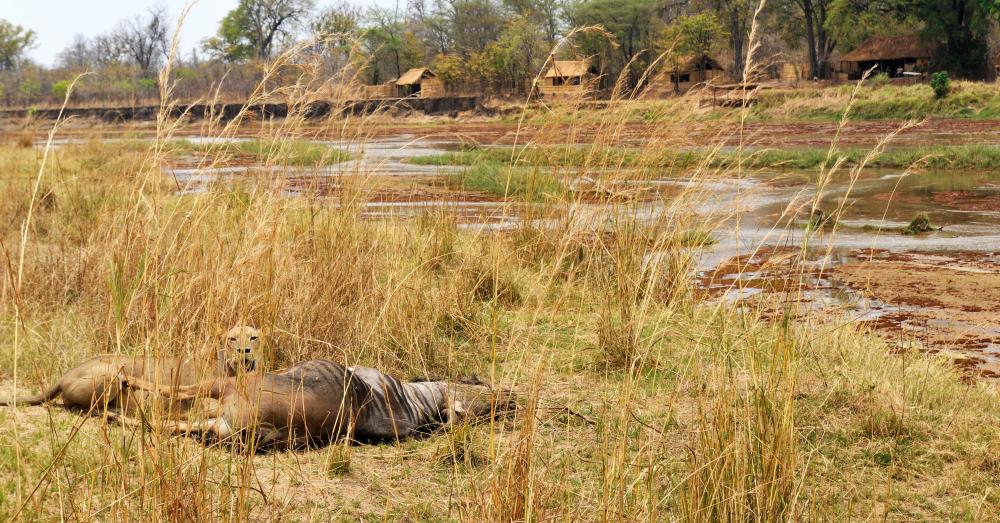 Located in the vast wilderness of North Luangwa National Park, Mwaleshi Camp is hidden within a scenic bend of the Mwaleshi River. Few roads in this remote area mean the majority of activities are on foot, at nature’s pace. Four thatched chalets with en suite bathrooms open to the stars, sit on the banks and show uninterrupted views of the spectacular Mwaleshi River and its wildlife.

Set on raised ground between the Luangwa river and a lagoon, Thornicroft Lodge is surrounded by the African Bush. The river bank offers a ‘24hour wide-screen experience’, attracting animals that come to the water's edge to drink and bathe including elephant, monkeys, baboons and giraffes.

The newly renovated Lion Camp was designed with wildlife in mind. Set on elevated platforms and walkways, the lodge lends itself to animals winding through camp with ease - not to disturb their day to day life.

So, we had to talk about the Elephant in the room -  the Elephants of Mfwue Lodge! Quite an unusual wildlife spectacle, the main lodge area happens to sit right in the middle of an age-old elephant trail that leads to delicious mango trees, which only means one thing. If you’re staying at the lodge between October and December, there’s no need to go out on a game drive, just pop into reception and marvel at these gentle giants. 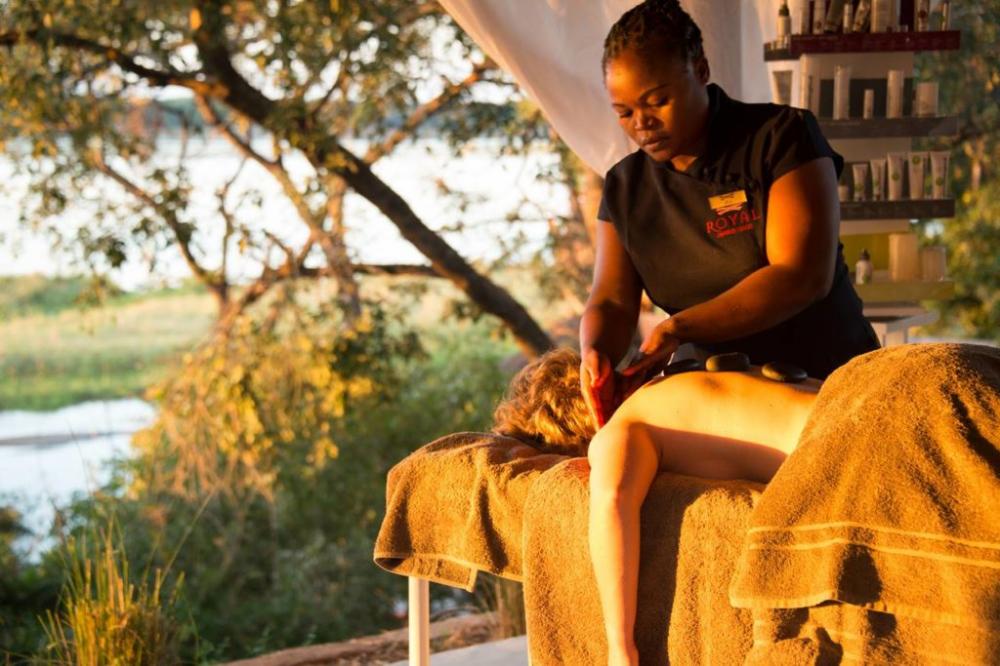 Sat on the banks of the Zambezi River, there’s no wonder Royal Zambezi Lodge’s Bush Spa has won awards. It’s positioned on a high-vantage point offering stunning views of the Zambezi where hippos, elephants and an array of birdlife appear daily.

Also located on the banks of the mighty Zambezi, attracted by the corn-yellow pods that fall from the trees, feasting elephants spend long, lazy days by the riverbanks. Whether you're cooling off in the plunge pool on the main deck or in the comfort of your own tent, you’ll always be mere metres away from wildlife at Anabezi.

Zambezi Grande’s spectacular infinity pool is positioned strategically overlooking the Zambezi River and its wildlife, perfect for observing nature in a more laid-back and tranquil setting. 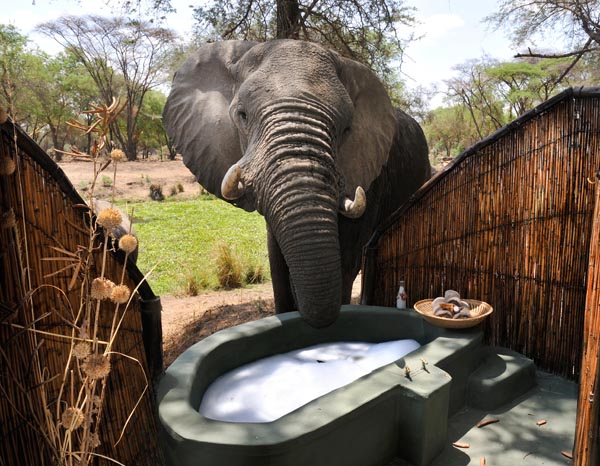 Constructed of only canvas and natural materials, Old Mondoro has an open and adventurous feel in an incredibly intimate and private safari setting, naturally inviting wildlife including hungry Elephant bulls regularly into camp. 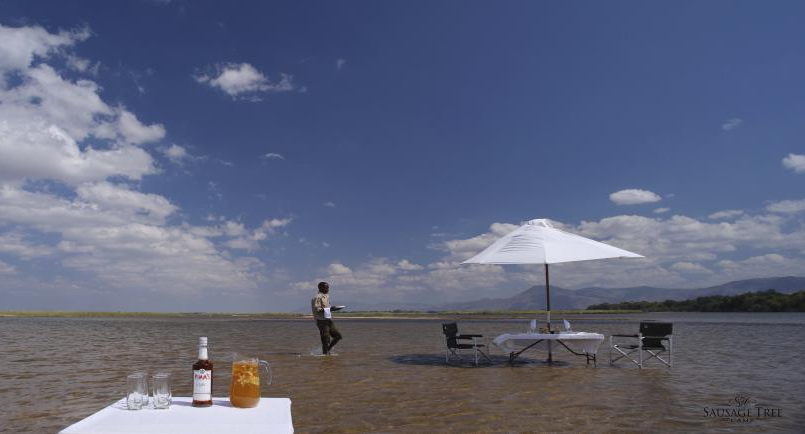 A dining experience unlike any other - Sausage Tree Camp makes sure you don’t miss a thing whilst you dine on a sandbank in the Zambezi River, as the water laps your feet and game are visible in the distance. 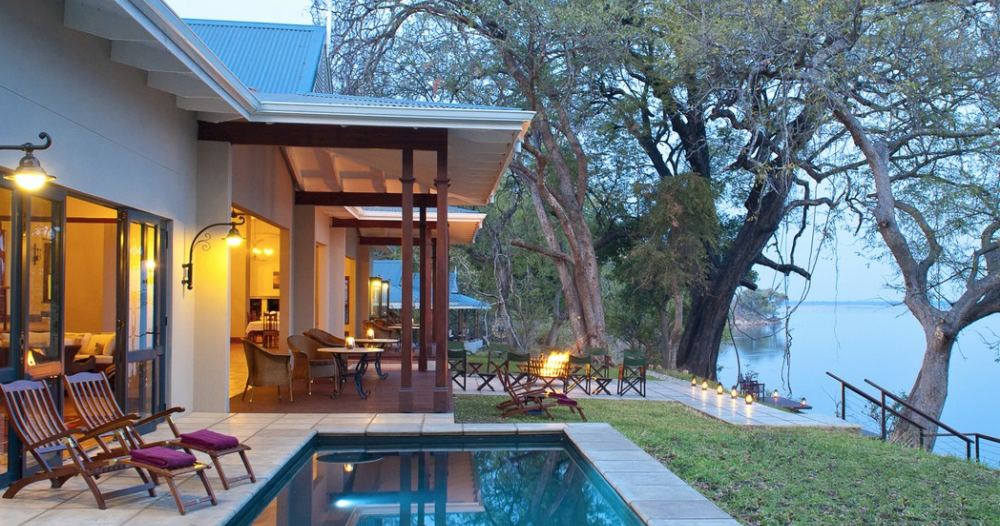 Baines’ River Camp prides itself with its ‘no rush’ attitude. Each of its colonial style safari chalets has its own comfortably furnished, private veranda for you to sit back, relax and grab a pair of binoculars to scan the abundant river banks with. 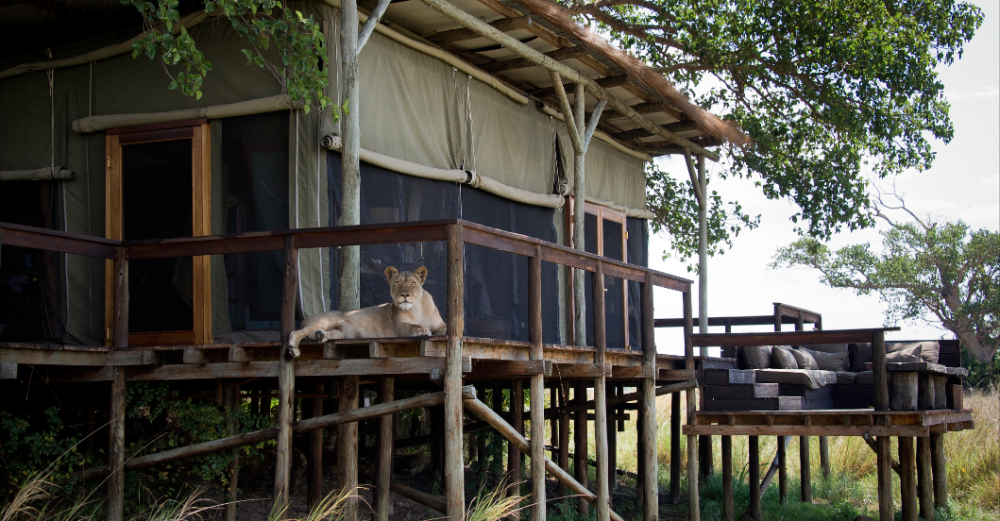 Due to the vastness and remoteness of the Kafue, camps and lodges are sure to come across some very curious, wild visitors in camp. Appropriately named after the lion prides in the area, Shumba Camp in the Busanga Plains is not shy of feline attention, in fact, one lioness decided to give birth under one of its guest tents! Who needs a safari vehicle? 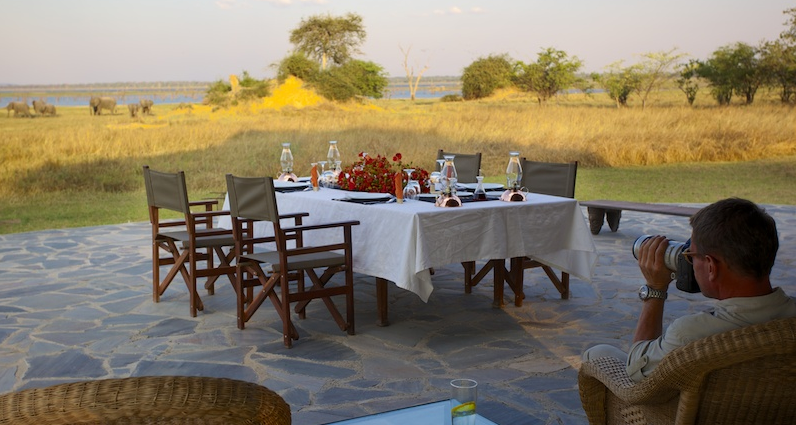 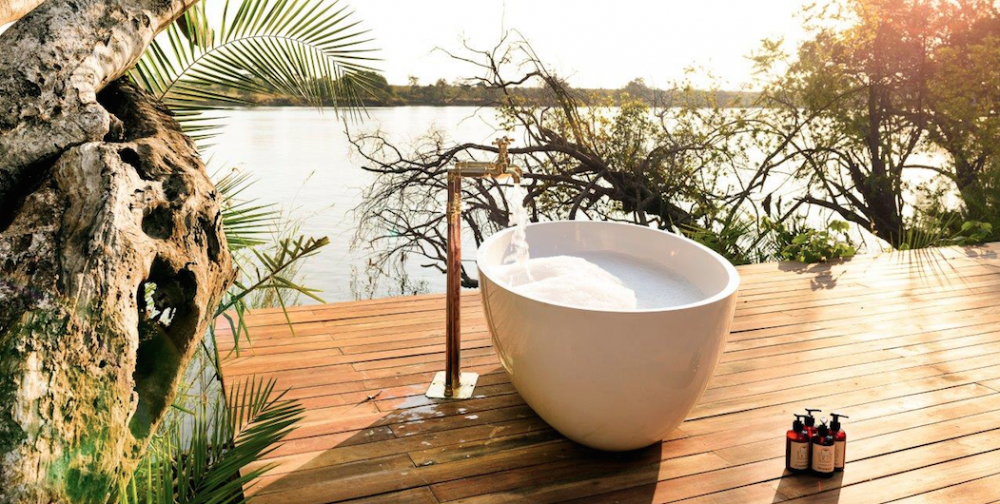 Choose a slow morning over a traditional game drive and not miss a thing at Ila Safari Lodge. Start with a morning soak or shower overlooking the Kafue River where pods of hippo are awakening, then stroll over to the main lodge deck to enjoy breakfast while watching wildlife drink from the opposing banks.

Just a short walk outside of camp takes you to untouched territory of Kafue National Park where elegant antelope roam. Alternatively, a short boat ride from KaingU can take you to your own private rock pool where an abundance of birdlife exists.

Musekuse Camp, by Jeffery and McKeith Safaris, overlooks a permanent lagoon in a prize location they call ‘Eden’.  The lagoon is a magnet for wildlife in the area from herds of elephant frolicking to the hundreds of Puku keeping an eye out for one of the resident lion prides.